The HOPEFULS: CHASING A ROCK 'N' ROLL DREAM IN THE MINNESOTA MUSIC SCENE

Living in Minneapolis in my 20s I became enamored of a group of local musicians, and closely followed their various and varied musical exploits. Erik Appelwick, Eric Fawcett, John Hermanson, Darren Jackson were at the center of a large musical collective that encompassed bands such as Kid Dakota, Vicious Vicious, Storyhill, Spymob, and Olympic Hopefuls, and they seemed destined for national fame. A decade later their collective had fallen apart, and I began to investigate what happened. The Hopefuls tells the story of how these four extraordinary musicians found each other, fell apart, and endured. 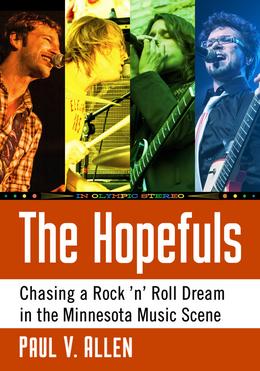